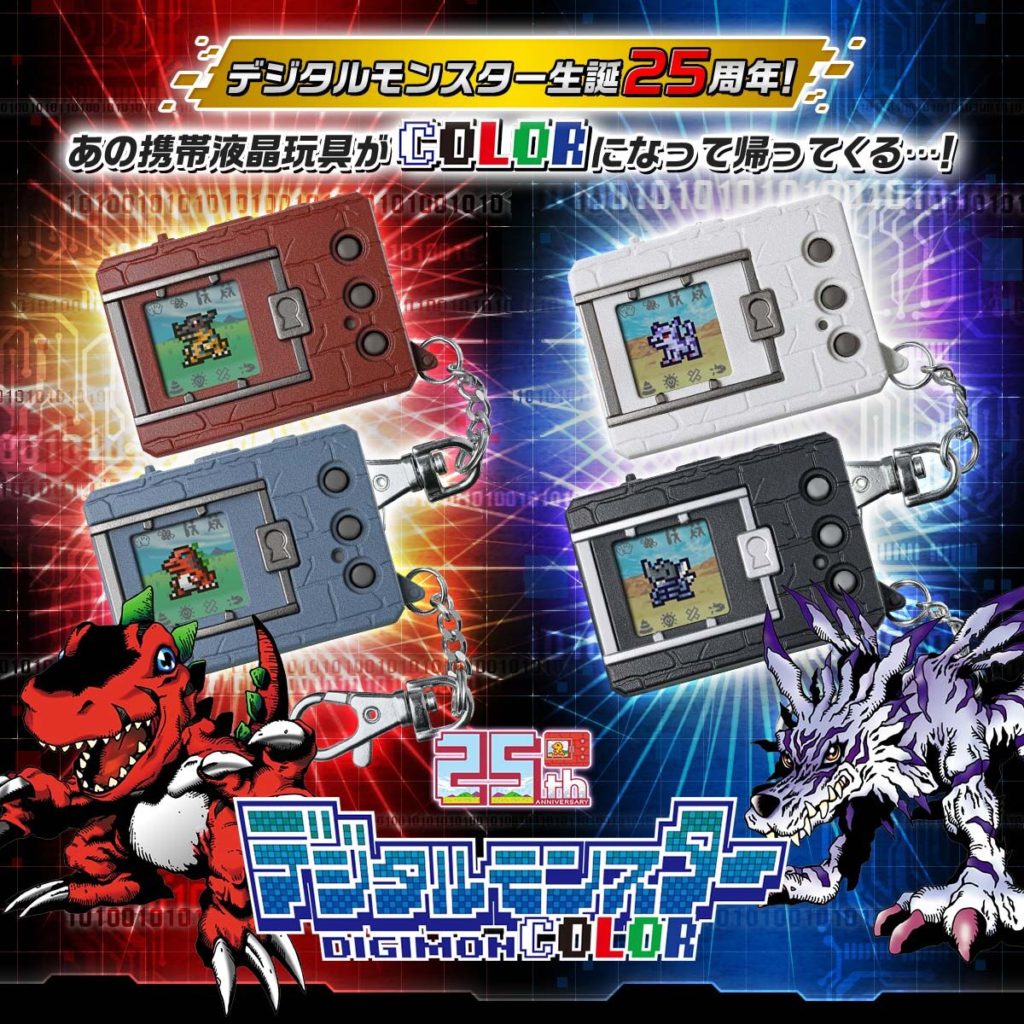 Purchase Limit : 2 per person per model

The appearance of the main unit was newly designed based on the shape of the original version released in 1997, and the color LCD and built-in rechargeable battery were realized without sacrificing the size of the device.

The LCD is the first color LCD in the original Digital Monster. Not only were the characters in color, but the background design could be changed, which was not possible at the time. It is also possible to obtain new background images through the ability to communicate with different versions, for example.

In addition, the rechargeable battery built into the device allows it to be played by charging it with the included charging cable. The charging cable is compatible with USB Type-C.
*A USB port on a computer or other device is required for charging.

The Digimon that appear in the product are based on the lineup that existed when the product was first released in 1997, and have been reorganized by version.

While recreating the nostalgic presentation of the original product, the training function that appeared in the 1997 versions of "Digital Monster" and "Digital Monster Ver. 2" is included in each version of the product. A battle mode that can be played alone without communication is also included.

This product also has enhanced user support functions, and the speed of training has been increased compared to the 1997 version.

It also features a cold mode, in which growth is stopped while the Digimon is cold and its belly and muscle strength do not decrease, and a backup system that allows the user to save up to one Digimon in training as a backup.

In addition to the set contents, a Digital Monster 25th anniversary commemorative color paper, illustrated by Digimon designer Kenji Watanabe, will be included as a purchase bonus.

The program is the same regardless of the body color.
This product is compatible only with the "Digital Monster COLOR" series.

Ages
15 years old and up